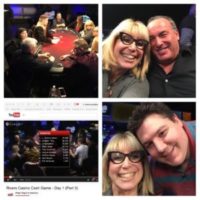 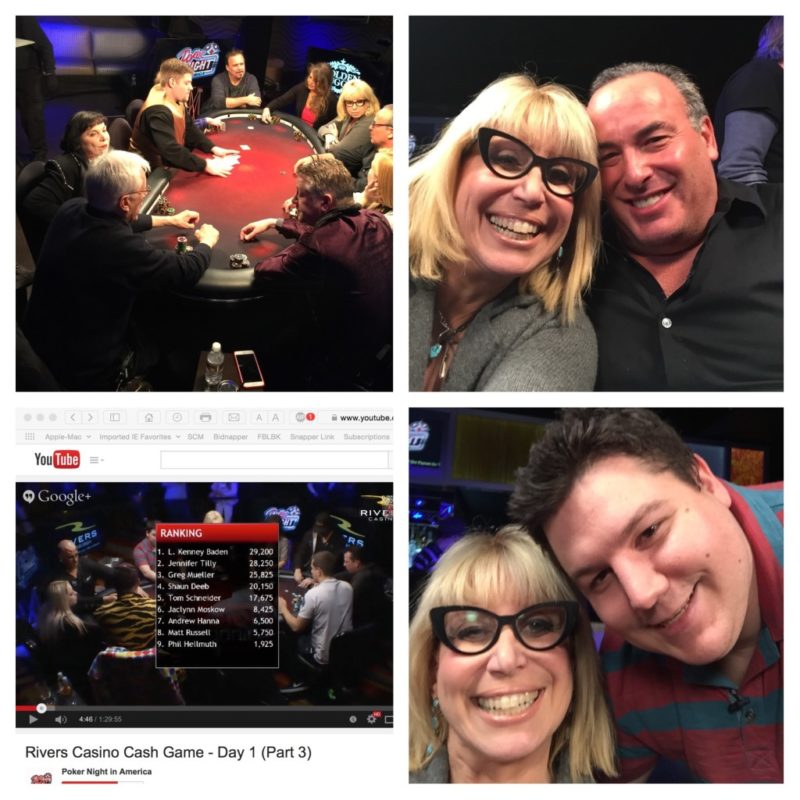 Here I am in the above photos with the fab poker player and person Shaun Deeb and the incredible Dan Shak in Atlantic City in January 2015. James Woods has his back facing the camera. Richard Roper is sandwiched between Jessica Dawley (hidden behind dealer) and Katie Stone Cappuccio. Wendeen Eolis and Jamie Kerstetter (hidden) also played. We had so much fun taping these episodes of Poker Night in America. They are a great group of people- headed by Todd Anderson and assisted by Nolan Dalla. Appearing tonight at 10 to 11 p.m EDT ON CBS Sports Network ( Channel 315 on Time Warner NYC). This was my second appearance. Last time in Pittsburgh I was the big winner- see that photo from November 2014! Did my luck continue? I was 5 weeks out of bilateral hip replacements when this was taped in January 2015. Be kind!